Want to be an Extraordinary Boss?

It starts with your belief system.  Take time for introspection on your beliefs about leadership, business, and the future. Having the right core philosophy and beliefs can help you be an extraordinary boss.

Extraordinary leaders tend to have the following beliefs:

Rather than the rigidity of a machine, they believe their company is a collection of individual hopes and dreams, all connected to a higher purpose. They inspire employees to dedicate themselves to the success of their peers and, therefore, to the community and company as a whole.

Instead of a battlefield, they believe business is a symbiosis where the most diverse firm is most likely to survive and thrive. They naturally create teams that adapt easily to new markets and can quickly form partnerships with other companies, customers, and even competitors.

Rather than micro-managing, they believe in giving general direction and then committing themselves to supply the resources that their people need to get the job done. They push decision making downward to allow teams to form their own rules, intervening only when absolutely necessary.

They believe in treating every employee as if he or she were the most important person in the company. Excellence is expected everywhere, from the mailroom to the boardroom. As a result, employees at all levels take charge of their own destinies.

They believe in inspiring people to see a better future and how they’ll be a part of it.  As a result, employees work harder because they believe in the organization’s goals, truly enjoy what they’re doing, and know that they will share in the rewards.

They believe change is an inevitable part of life. While they don’t value change for its own sake, they know that continued success is only possible if new ideas are embraced and new ways of doing business discovered.

They believe that technology can not only automate tasks but that it can be used to free human beings to be creative and to build better relationships. They adapt their back-office systems to be user-friendly and energizing to the employees that use them.

They believe work is something that should be inherently enjoyable. Therefore, their most important job, as much as possible, is to put people in jobs that can and will make them truly happy. 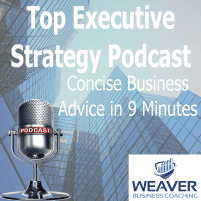